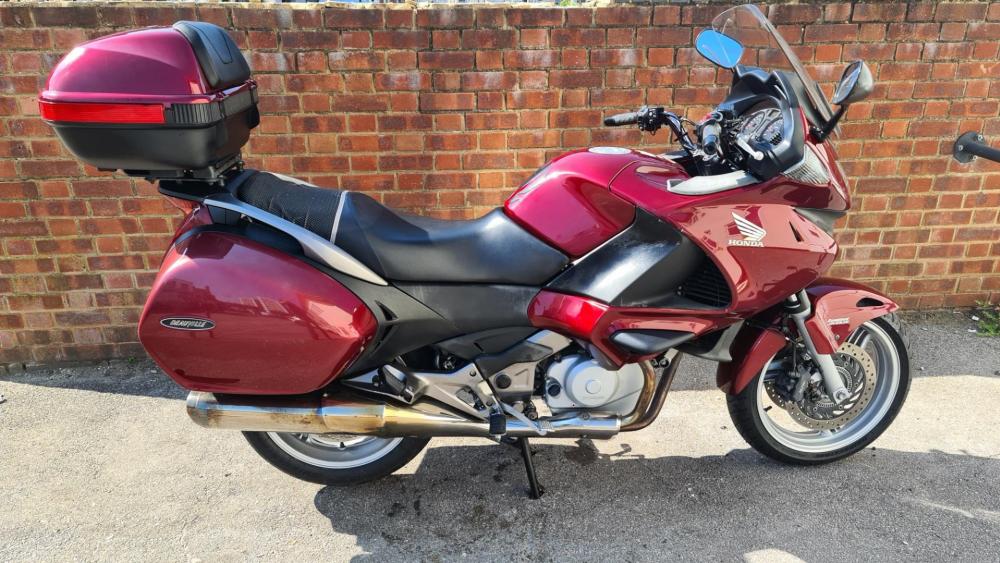 This bike is in clean condition for its age, large capacity panniers which where an optional extra when this bike was was initially released.
Rather than stick on a fat tyre for aesthetic purposes Honda wisely stuck to a sensible 150-section tyre on the Honda Deauville, that combines well with a competent chassis for a surprisingly agile ride. The Honda Deauville doesn’t lose its sense of balance even when fully-loaded and two-up,