Honda Cb1000r for sale in Romford 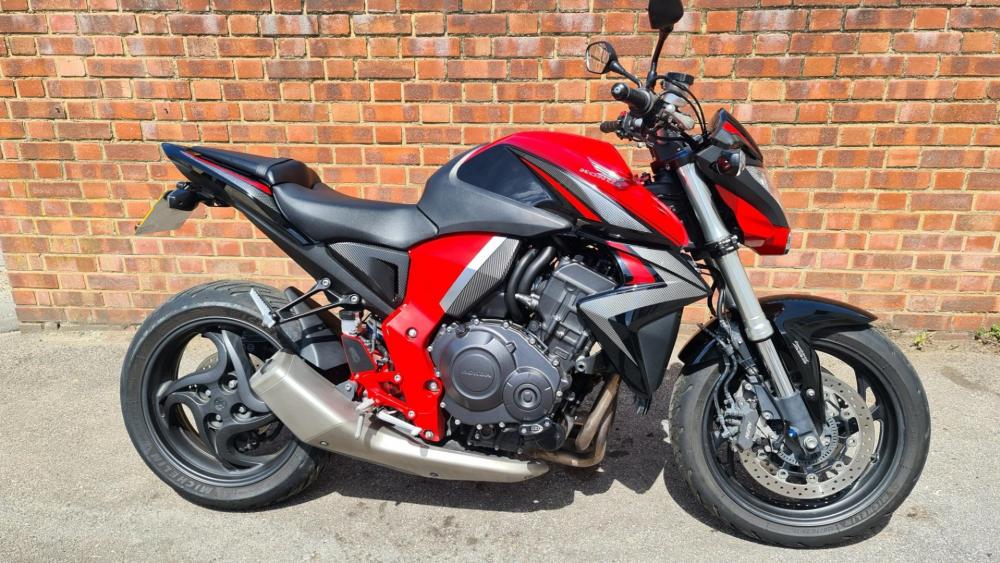 Honda CB1000R 1 previous owner, originally sold by us, Full service history by us.


The Honda CB1000R is the kind of motorcycle that believes in rolling up its sleeves and getting the job done. No excuses, hardly any bodywork, its chassis and engine are out front and center for the whole world to see. And that’s exactly the way a whole brand of riders like it. Because with a CB1000R, nothing gets between you and your connection with the machine you’re riding. Its clean, essentials-only layout perfectly frames a fuel-injected four-cylinder 998cc engine that’s overflowing with loads of right-now power. The unique chassis incorporates a single-sided swingarm with a high performance single-shock rear suspension that helps make this bike stand out as well as perform. Some might call it a naked bike. Some might say it’s an open-class street fighter. We just think it’s an awesome motorcycle for whose who like their bikes served straight up.